Prior to moving to Pittsburgh, I was a resident in Greensburg. So the Pepperwood Grille located in front of the Westmoreland Mall has always been a restaurant that I’ve known. On my first visit several years ago, I had a poor experience. However, after hearing about new chefs and management since then, I accepted an invite from friends to give it another shot.

Pepperwood ranks in the top echalon of higher-class food options in Greensburg, with the likes of Valozzi’s and the former Red Star Brewery. On my most recent visit on a Saturday night at 8pm, we were seated right away and the server was attentive. The mixed drinks from the bar were inconsistently made, but they were happy to oblige correcting them. 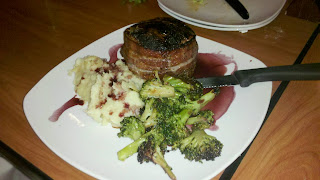 The special entree that night was a Bacon-wrapped, crab-stuffed filet mignon, which our friend ordered the last in the kitchen. Even though, on first try it wasn’t cooked as ordered, after being corrected, the tastes were bold and satisfying. 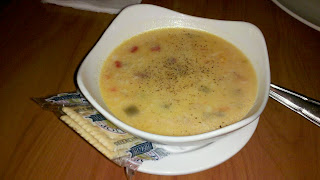 The highlight of my meal was the Seafood Bisque. The soup had a slight hint of spice to it which gave it a kick of heat. There were chunks of actual seafood with almost each spoonful. 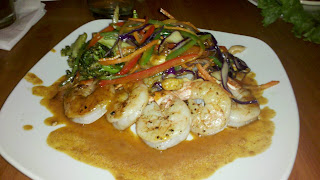 My Grilled Tiger Shrimp seafood entree was tasteful, but nothing noteworthly. The coconut red curry gave it a thai-inspired taste. For a mid-priced entree, I can say it was what I expected of it, so I was satisfied.

Overall, this second chance didn’t leave me inspired to go back immediately, but I do know it is somewhere that I take old friends, when I visit my old stomping grounds in Greensburg, with a sense of satisfaction that the restaurant is much improved than my first visit. And that Pepperwood’s continuing to improve with each successive visit!

Corkcicle, a perfect gift for the Pittsburgh TasteBuds