Union Cafe in Columbus,OH Short North district has become one of our favorite restaurants.  The atmospher is a good time, flat screens all around playing music videos, drinks of any style and food so good that it is sinful. You may even have people coming around with shots, which may not be a typical thing to do, but just adds to the good time you will have at Union Cafe.   I really wish we had a place similar in Pittsburgh.  Yes, we have places kind of like it, and multiple choices of all kinds of restaurants, but Union Cafe is just a lot of fun and a totally different experience.

The Short North District reminds me of our East Carson Street but a little smaller.  Shops, restaurants, bars, clubs and an overall fun night life for all.  That being said, its probably not the best place to take the kids.

I noticed that Union has a lower rating on Urbanspoon, but if you don’t know what you are walking into then I can see why.  We personally giving it 2 thumbs up!

I had the Lobster Ravioli.  I have to admit it was one of the best Lobster Raviolis I’ve ever had.  Sometimes other places make the Lobster mushy because it sits for a while, but this Lobster had the perfect bite and crunch to it.  The garlic roll added a nice touch. 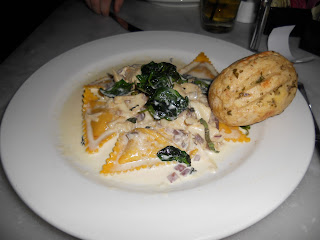 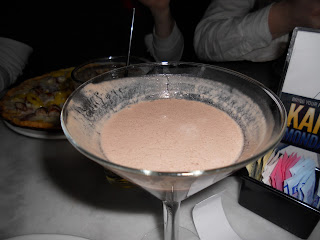 The next time you are visiting Columbus make sure you visit the Union Cafe and and the Short North District, I promise, that you will not be disappointed.

View all posts by TasteBudA →